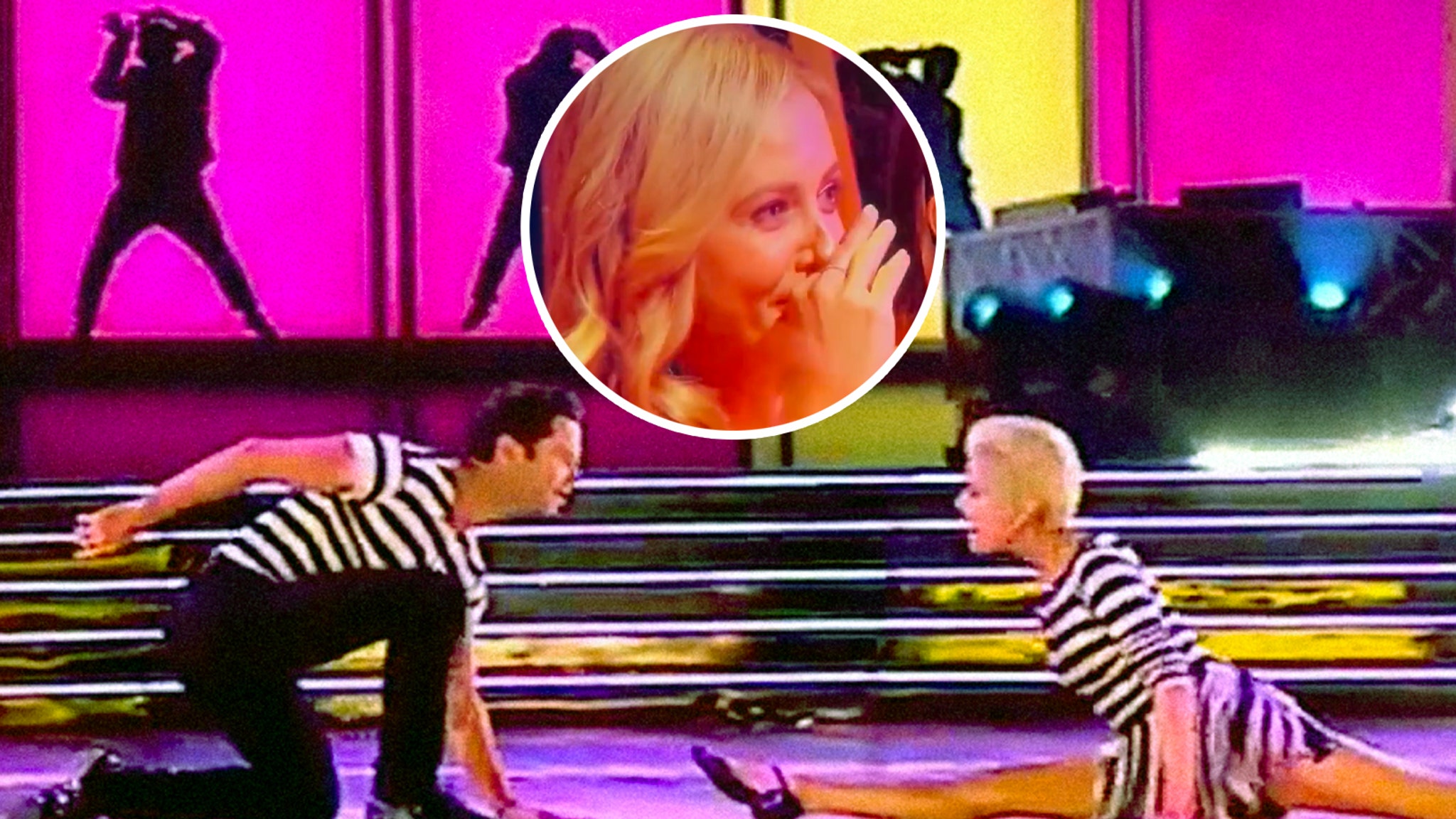 Gellar could be seen in the crowd fighting back emotions as she proudly watched her friend knowing how far she's come. Sarah Michelle Gellar was moved to tears watching her former "Cruel Intentions" co-star and dear friend Selma Blair stun the crowd following her MS diagnosis. On Monday's episode of "Dancing With the Stars," Blair inspired viewers around the globe with her acrobatic display for the series' Elvis night. Back in 2018, the 50-year-old "Legally Blonde" star revealed she was battling multiple sclerosis -- a disease that has impaired her balance and her motor skills. Blair performed a jive routine to "Jailhouse Rock" where she concluded her routine with professional partner Sasha Farber with a cartwheel that slid into the splits. Absolutely amazing. Thanks for showing that MS doesn’t always win the day! So proud of you Selma! 💃🕺#DWTS @SelmaBlair @SashaFarber #ElvisNight pic.twitter.com/WKB9odqgmn— Dawn Young-McDaniel ♿️ (@justdawn_) September 27, 2022 Fans would never know Selma frequently uses a cane after she gave it her all in a dance routine that was highly energetic and featured leg kicks and difficult maneuvers. Gellar could be seen in the crowd fighting back emotions as she proudly watched her friend nail her performance knowing how far she's come. "There's no other way to say it except you make it look so much easier than it must be for you," said DWTS judge Carrie Ann Inaba. "That is such an amazing feat." "It's been amazing," Blair gushed about her ability to dance. "I haven't been able to invert for years. I used to be a gymnast when I was little… little little, 50 years ago! It was amazing to at least start to really play and just really have the best time. I just loved it." I love SMG supporting Selma Blair on #DWTS tonight!!! 🥺❤️@SarahMGellar @SelmaBlair pic.twitter.com/5pAQXOdoWq— Frank Costa (@feistyfrank) September 27, 2022 Earlier this month, Selma admitted she had apprehensions about hitting the dance floor for the first time though she was "excited" about joining the cast of the competitive reality show. "I'm so happy, so invigorated by this. I'm someone that historically might have a little dread for things," Blair told E! News. "No dread!" Instead, she called the upcoming experience a "new chapter" for her story with multiple sclerosis. She said it's about "growing my stamina and really healing," as well as "finding strength and support." She also spoke with Us Weekly where Blair revealed how her diagnosis can affect her day-to-day life. Selma shared that sometimes she actually loses her speech "under hot lights, under sun." She said. "Like, just getting a coffee, getting out the car will be very different than if I'm in a car seat with my knees up, I can talk clear." Drew Barrymore Reacts After Learning She Was Sent Death Threats from 'Selma Blair' "There's just so many interesting things I realize and patterns that I don't think people know, even when they have friends with MS, like, how this triggers," she continued. "I'm just a little more dramatic about it." While she may not have to deal with sunlight during her time in the studio, television lights can be notoriously hot, not to mention the rigors of training and practice. But she feels she's at a point in her journey where she's ready to take on a physical show like "DWTS." "There's no way I could have [done it two years ago]," she told Us, saying that her balance wasn't where it needed to be and she lacked the confidence. "Now, it does seem possible," she said. Farber says Blair has already come along way, learning to control her body better. "It's not just a dance show for me," he told Us. "I want Selma to walk out of this with so much more."