Khloe Kardashian: Yes, Tristan Thompson Once Proposed to Me! 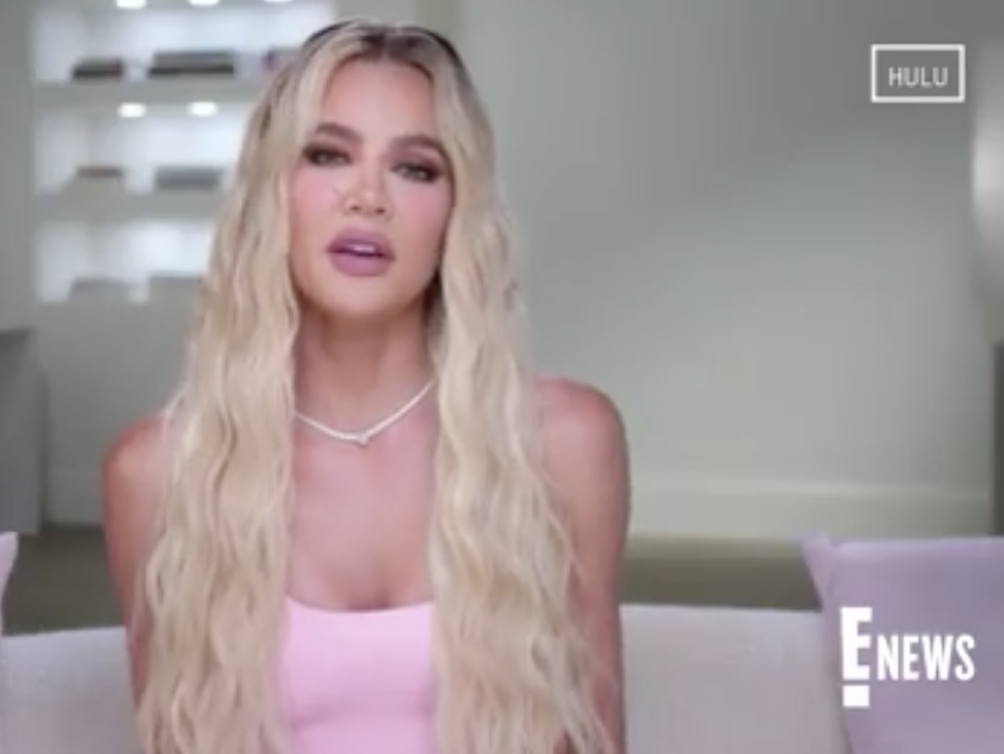 Khloe Kardashian dropped quite the romantic and personal bombshell on Thursday’s episode of The Kardashians. While talking at one point with sister Kim, Khloe revealed that her perpetually-horny and rarely-faithful ex-boyfriend, Tristan Thompson, had actually proposed to her a year earlier. Khloe rejected the offer, of course. Moreover, she didn’t even tell her family about it at the time. The stunning news was actually shared at first by Kim as the siblings were delving the fallout from Tristan’s paternity scandal, which broke in December 2021. “I just worry for her because I think that she holds so much in,” Kim said in a confessional of Khloe, adding while speaking directly to the mother of two: “The fact that he proposed and you never told us. “And I asked him months later … the night after I thought it happened and he’s like, ‘Oh, I did it months ago, she didn’t tell you guys?'” Khloe Kardashian and her awful ex are welcoming their second child together in this photo from the Kardashians. How did Khloe respond to the proposal? “What I said, is that I need to make sure this is a totally different relationship,” she told Kim on air. “Because I want to be proud to say I’m engaged to anyone. “And that’s why I said, ‘you know, I’m not comfortable accepting this right now, because I’m not excited to tell my family.'” Tristan, of course, is the father of Khloe’s two kids. He cheated on his then-girlfriend back when she was pregnant with the former couple’s first child — and then he admitted to fathering a son with his mistress in 2021, revealing this tidbit shortly after he and Kardashian agreed to use a surrogate to welcome their second child. On last week’s Season 2 premiere of The Kardashians, Khloe opened up for the first time about how she felt upon learning Thompson has knocked this other woman up. “I’m very scared,” Khloe admitted to viewers at the time about having another baby with someone who has acted in such an inappropriate manner. “It’s very scary. I think I’m probably emotionally equipped, but I’m also like, ‘Okay, I have to brace myself.’ I know what’s gonna come when this becomes public because everyone’s so mean.” On this latest episode of her family’s reality show, Khloe acknowledged that her truth was likely “hurtful” for Tristan to hear after he proposed, adding: “I’m not ever going to accept something and give someone false hope — and I said that to him.” Earlier during her chat with Kim, Khloe spoke about the impact of Tristan’s actions on her mental well-being. “Going through what I went through was Tristan was incredibly hard,” she said in a confessional. “The hardest part about it all is training yourself to un-love someone. This was my life for six years. And we weren’t just a couple, we genuinely were best friends. He was my workout buddy, we did all these things together. “And so learning how to undo all those things, that takes time. Just because someone does you dirty doesn’t mean you fall out of love with them instantly.” Elsewhere on the episode, Khloe referred to Thompson’s paternity scandal and scandal as “humiliating” and “hurtful.” She and the NBA power forward split last year after it was confirmed that Tristan had fathered Maralee Nichols’ son Theo, now 9 months old. “I take full responsibility for my actions,” Tristan wrote on his Instagram Story on January 3. “Now that paternity has been established I look forward to amicably raising our son. “I sincerely apologize to everyone I’ve hurt or disappointed throughout this ordeal both publicly and privately.” A Khloe Kardashian: Yes, Tristan Thompson Once Proposed to Me! was originally published on The Hollywood Gossip .

Khloé Kardashian reveals she turned down past Met Gala invites