The Brad Pitt and Emily Ratajkowski Rumors Are Heating Up 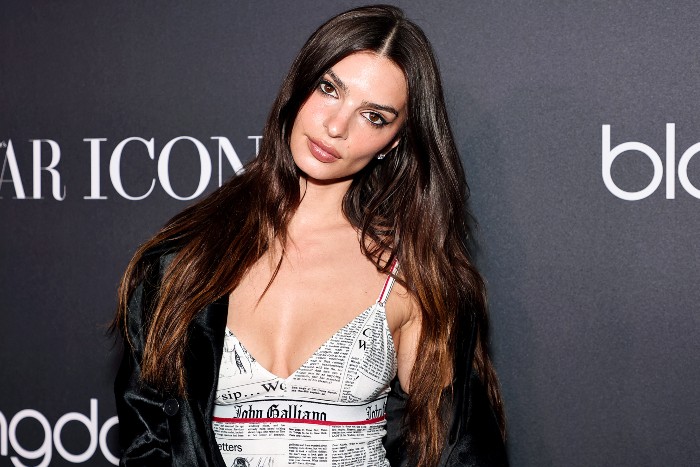 Brad Pitt and Emily Ratajkowski are starting to look like a thing that's happening because, if this quote is to be believed, he thinks she's the "hottest thing on the planet." (Dlisted) Movie star Wife Guy George Clooney is unapologetically corny with wife Amal while talking to Gayle King. (Lainey Gossip) Tom Hanks is publishing his first novel. (Celebitchy) Holy crap, I already knocked out my Andor Episode 4 recap. How much coffee did it take to pull that off? A lot. A whole freaking lot. I can vibrate through walls like Jesus now. (Pajiba) From Roxana: Andre 3000 is a wandering soul who plays the flute. Big Boi is a master of owls. My favorite rap group turned into some Zelda characters and I fuckin love it. https://t.co/mCBH3QPM9e— ✨🦦America Is Musty🦦✨ (@DragonflyJonez) September 29, 2022 Don Cheadle's Armor Wars is now going to be a genuine Marvel movie instead of a Disney+ series. Interesting... (Gizmodo) On Slashfilm, Kayleigh ranked the Hellraiser franchise from worst to best. (/Film) The Rings of Power ratings are in, and they're good. Probably because the show slaps. I love it almost as much as Andor, maybe even more. Hard to tell. (Vulture) From Dustin: Here's some quality Tim Olyphant late-night content, so don't say we don't care about you. (YouTube) From Andrew: The Toronto Blue Jays fan who just missed catching Aaron Judge's 61st home run's name is Frankie Lasagna.I will forget phone numbers, important dates and the birthdays of loved ones, but this information will remain in my brain for the rest of my life. pic.twitter.com/93NRBkGNee— Mike Beauvais (@MikeBeauvais) September 29, 2022 Brett Favre took money from needy kids and gave it to another volleyball gym. (Daily Beast) Doug Mastriano will try to fast his way into office. (Esquire) Even Colin Trevorrow thinks the Jurassic Park movies should have stopped after Spielberg's first one. (Variety) Persnickety_chick has reread The Blending series by Sharon Green many times, but she doesn't feel like she can recommend them anymore. She has a 7-point list of problems and says, "I struggle to find any literary value in them, but I still tear through them." Which books do you reread, even though you would never suggest them to anyone else? (Cannonball Read 14) RIP my rappin' & cookin' friend @Coolio! The REAL deal! pic.twitter.com/ejrWWRoQgx— Mayor Guy Fieri (@GuyFieri) September 29, 2022