"Reservation Dogs" Has Been Renewed For Season 3 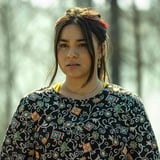 It's official: "Reservation Dogs" is returning for season three. On Sept. 22, FX and Hulu picked up the series for another installment ahead of its Sept. 28 season two finale, The Hollywood Reporter confirmed. The coming-of-age show - which was created by Sterlin Harjo and Taika Waititi - stars D'Pharaoh Woon-A-Tai, Kawennáhere Devery Jacobs, Paulina Alexis, and Lane Factor as a group of four Indigenous teens living in rural Oklahoma. While Hulu did not immediately respond to POPSUGAR's request for comment, Harjo gave a statement to THR, saying, "I couldn't be more proud of this show that I . . .