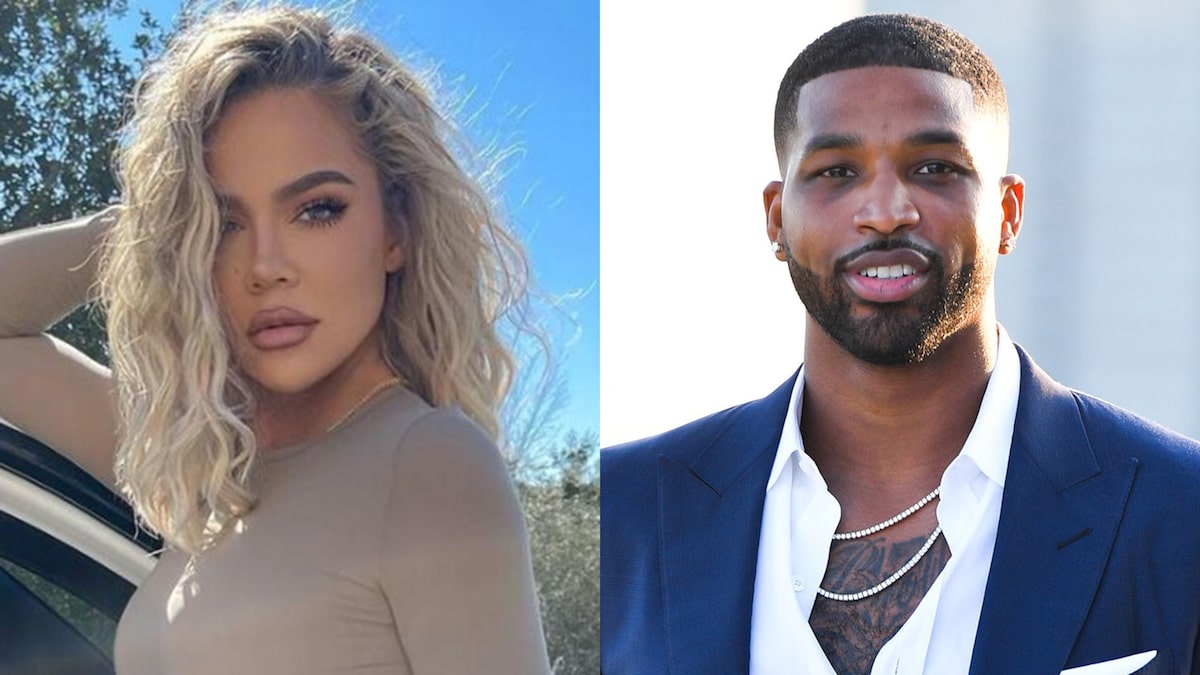 Khloé Kardashian dropped some major news about Tristan Thompson on Thursday’s episode of “The Kardashians”! It turns out the NBA player secretly proposed to the reality star… and she turned him down. The couple has been on-again, off-again since 2016, and they share two children, True, 4, and a newborn baby boy. Based on conversations in the show, Thompson likely popped the question in December 2020. Kim Kardashian revealed the news in a discussion with Khloé about Tristan’s 2021 paternity scandal. Kim said, "The fact that he proposed and you never told us. And I asked him months later... the night after I thought it happened and he's like, 'Oh, I did it months ago, she didn't tell you guys?'" The SKIMS founder went on to share in a confessional, "I'll never forget Tristan calling me and he was gonna propose to her on Valentine's Day, which was a year since they had drama, so this was last Valentine's Day. And then I called him the day after and I was like, 'Hey, I never heard anything from Khloé. Oh, my God, did you propose?' and he was like, 'Oh, yeah, I did in December.' Oh, my God — she didn't tell us!" During their conversation, Khloé explained what she told Tristan at the time. "I said, 'I need to make sure this is a totally different relationship because I wanna be proud to say I'm engaged to anyone,'" she recalled. "And that's why I said, 'I'm not comfortable accepting this right now because I'm not excited to tell my family,' and as hurtful as that probably was for him to hear, it was the truth. I'm not ever gonna accept something or give someone false hope, and I said that to him." Kim told her, "I get it, that it's super draining, and I'm sorry. You don't deserve this and that's what sucks, because you're the best person. Seriously. You're the best girlfriend, wife, I tell everyone... you are a better person than anyone that I know." Khloé said, "It's a lot. I just like to isolate and deal with things on my own... We were in the best place that we were, so when we're in the peak of our relationship, you go ahead and cheat on me? I don't even wanna know what you do in the worst of our relationship! I'm just like, shame on me almost. I know better and I didn't do better because I had so much hope and faith." Kim replied, "You asked me something once — you said how do you trust Pete [Davidson] and I'm like, I just do. It's a feeling.” Khloé shared, "I don't know, but what I do know is that all of it sucks and it's humiliating, it's hurtful. I just don't have anything else to give, any f**ks to give. Really, when people are like, 'Oh, you're so strong'... I'm not strong, I'm literally just numb to all this shit. Like, how much can people take?" Kardashian and Thompson decided to have another child together via surrogate in November 2021, but right after the embryo transfer, Khloé found out he was having a child with Maralee Nichols. Her son with Tristan was born in December.