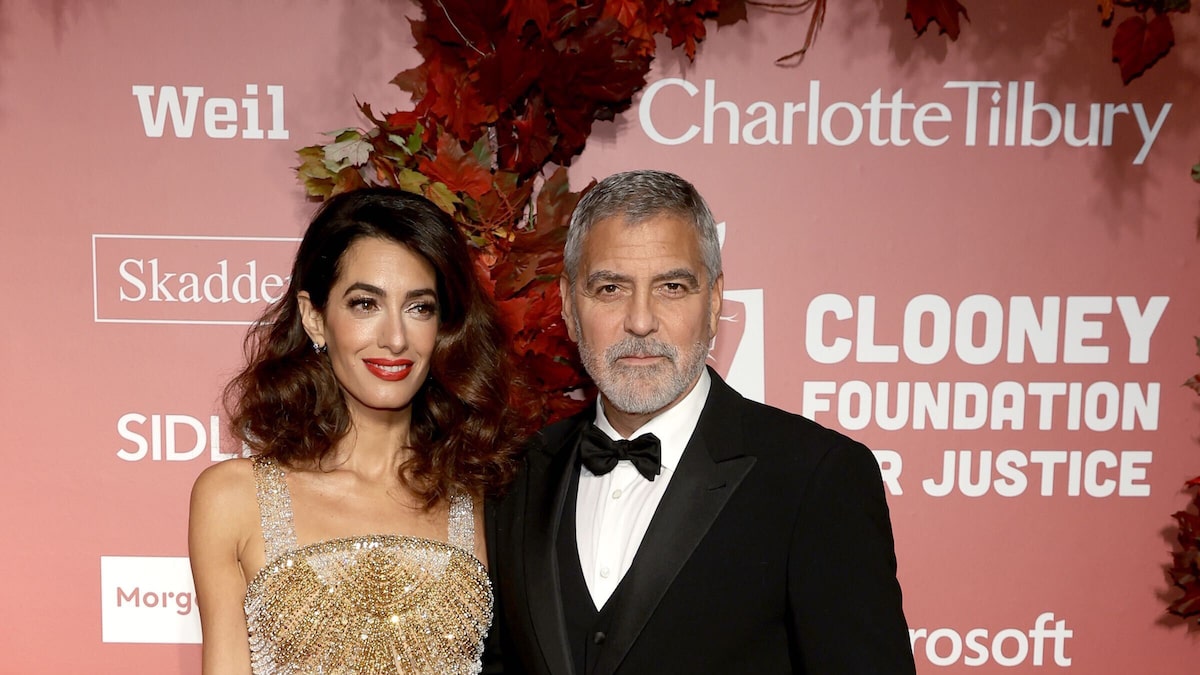 It was a New York date night for George and Amal Clooney as they hosted the Clooney Foundation for Justice’s inaugural Albie Awards. On Thursday night, “Extra” caught up with the couple, who are fresh off celebrating their eighth wedding anniversary in NYC. George shared, “We had a great night the other night, and now we are here with all of our friends.” Brad Pitt recently called George the most handsome man in the world, something that Amal “fully” agrees with. George joked, “You know Brad has good taste. I have always said that about the man… We’re about to start working together. I think he is just trying to be nice to me. Of their new project, George dished, “We are doing a fun film… Not an ‘Oceans’ film like people thought.” The “Oceans” franchise may not be done, though! He commented, “That rumor is a rumor — we didn’t know anything about it. We might do one.” Amal remembered the first movie she saw her husband in, “One Fine Day.” George called her “very romantic.” As for how they started working together on the Clooney Foundation for Justice, Amal said, “It really came up organically between the two of us. He has a long history of doing humanitarian work. We thought, ‘Let’s team up and do it together…’ It’s been an amazing journey and I am really excited to see how this all comes together. We have been planning it for a long time.” George explained how they are instilling their humanitarian values in their own children. He stressed, “Every parent has the exact same goal… Make sure that your kids aren’t jerks… I think that’s a big goal, and we work very hard at it every day. It’s important to us.” The pair are teaching Ella and Alexander Italian, but has he taught his kids any Italian curse words? George admitted, “I’ve done that.” Amal agreed, saying, “He has.” George added, “I like doing that… It’s really funny when they say really terrible words in Italian.” George has been busy promoting his new movie “A Ticket to Paradise” with his good friend Julia Roberts, who was also in attendance for the couple’s big night. George noted, “It’s going to be a really beautiful night.” George and Amal’s kids also have a beautiful connection with Julia. Amal pointed out, “They call her Auntie Juju. She’s wonderful with them — they adore her.”