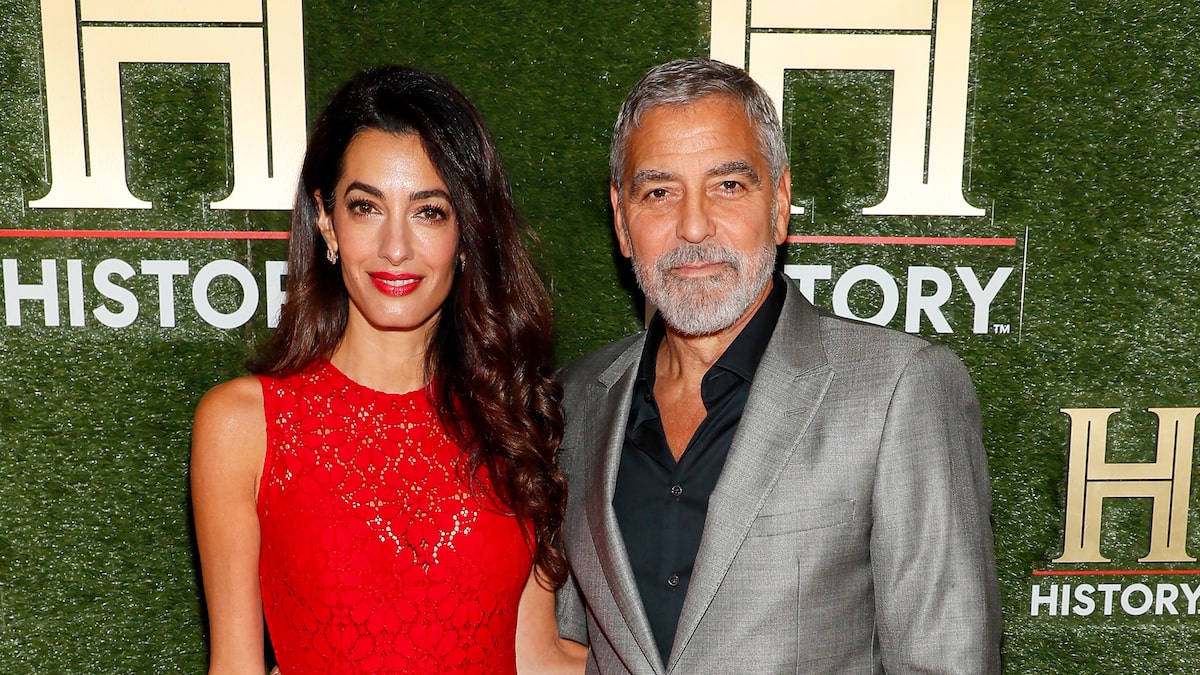 George Clooney and his wife Amal sat down for a rare interview on their eighth wedding anniversary. The couple opened up to “CBS Mornings” host Gayle King about their marriage, twins, and more. George recalled, “It was the minute she walked through the door, I was taken by her… She’s this extraordinarily fun smart, beautiful, great woman, and I was just very taken with her. ” Clooney revealed he started writing her letters, and Amal shared, “The letters, some of them came from his dog… The dog needed a human rights lawyer to rescue him from the wine cellar. I remember that one.” She added, “I met him and I thought, ‘I'm so glad that there's someone like him in the world.’ I didn't necessarily imagine that I would get to spend my life with him, or that we would have this incredible family. Yeah, so it took me by surprise.” George teased, “She screwed my life up. Life was easy for me, now I have twins running around.” Speaking of the 5-year-old twins, Alexander and Ella, he said, “We’ve made a terrible mistake. We taught them Italian, but we don’t speak Italian, so we’ve armed them with a language that they can harm us with and we don’t really know what they are saying.” He added they now speak French too! Amal shared that Alexander is also following in his dad’s pranking footsteps, and George added, “Alexander’s favorite superhero is Batman… I said, ‘What’s your favorite superhero?’ He goes, ‘Batman,’ I go, ‘You know, I was Batman.’ He said his son replied, ‘Yeah, but not anymore.’” George laughed saying, “If only he knew how true that was.” Just weeks ago, “Extra’s” Rachel Lindsay caught up with George, who joked about the Batman role. Watch! Meanwhile, in the interview with Gayle, Amal confessed she’s not a very good cook. She said, “When we first got married, I tried to do the cooking thing and I tried to make it fun. I bought aprons and had music and a glass of wine… then I realized every time I cooked he would make reservations and suddenly it would be date night. So now I know what to do if I ever want to go out to dinner.” They also revealed they’ve never had a fight! George told Gayle, “We've never had an argument,” and Amal shared, “It's maddening to some of our friends.”