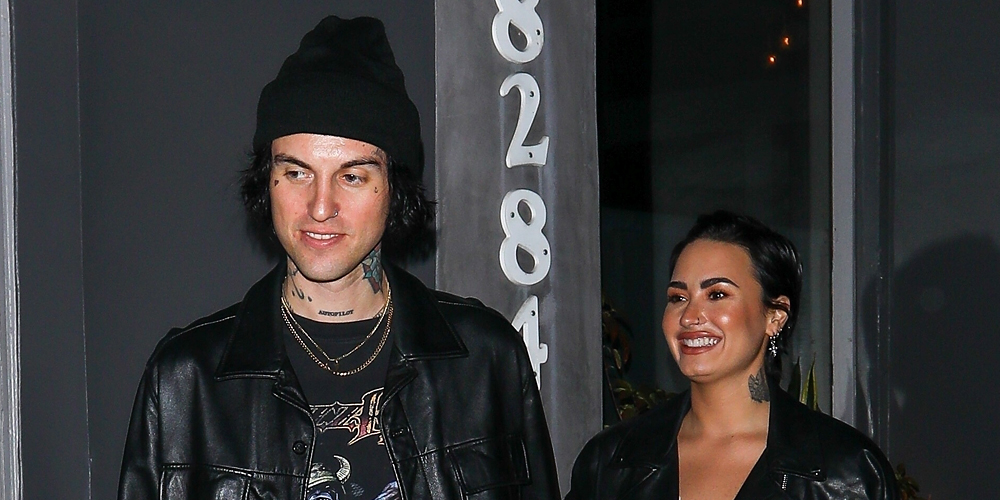 Demi Lovato and her boyfriend Jutes are going strong! The 30-year-old “Sorry Not Sorry” hitmaker radiated happiness when she was spotted exiting Crossroads Kitchen with their partner on Thursday (September 29) in Los Angeles. They looked cool in a white dress, which Demi paired with a black jacket and chunky heels. The happy couple held hands as they walked, and they appeared at ease with each other. Click inside to read more and to see all the pics of Demi Lovato’s night out with Jutes… Last month Jutes helped Demi ring in her 30th birthday with a night on the town. Check out the pics from their romantic celebration here! Demi and Jutes were first spotted out together earlier in August. Their debut came after reports broke that Demi was dating another musician. While you’re here, check out pics and the setlist from Demi‘s Holy Fvck Tour, which kicked off earlier this month. The hitmaker explained that this might be their last tour.