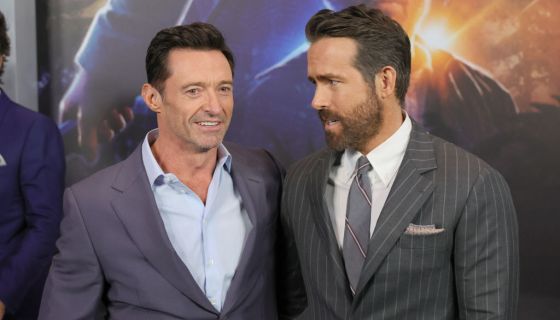 Marvel fans rejoice as Hugh Jackman alongside Ryan Reynolds confirms he will reprise his role as Wolverine for Deadpool 3. Source: Dia Dipasupil / Getty Since the Marvel Cinematic Universe closed its doors on the Infinity Saga and Thanos leaks have run wild online to the point they cannot contain them. Several rumors about their Disney shows have spread sometimes almost half a year before the first episode premiers. In the case of Ms. Marvel, it leaked Captain Marvel would make an appearance in the post-credit scene before we saw the first episode. Of course, we can’t forget the leak of all three Spider-men being in Tom Hollands’ third Spider-man movie which leaked in 2018 before the second movie even hit theaters. Hugh Jackman to return to Wolverine in Ryan Reynolds ‘Deadpool 3’ One of the biggest and most likely not to happen rumors was surprisingly confirmed yesterday direct from the source and two years ahead of the movie release. Ryan Reynolds and Hugh Jackman finally confirm Hugh will once again play Wolverine in the upcoming third Deadpool installment. If you’ve followed Hugh you know it’s something he has hinted would never happen but best believe Disney pays well to change minds. Your best friend staring in the movie probably helps a ton as well. Yeah, sure. pic.twitter.com/LaSBjDeLjI — Hugh Jackman (@RealHughJackman) September 27, 2022 Fans were bummed when neither announced the film at San Deigo Comic-Con nor Disney’s D23 after lengthy rumors but then they have more questions than answers. Ryan and Hugh teamed back up for one more video on the movie that’s due out on September 6th, 2024. You can watch the video clarifying the biggest questions about the film below. Quick explainer video that tackles…1)    Timeline questions2)    Logan canon3)    MCU FAQ4)    Whether we can do this all day or not pic.twitter.com/50lBsfYS5p — Ryan Reynolds (@VancityReynolds) September 28, 2022