Kourtney Kardashian Gets Real About The Rift In Her Relationship With Little Sis Khloé Kardashian! 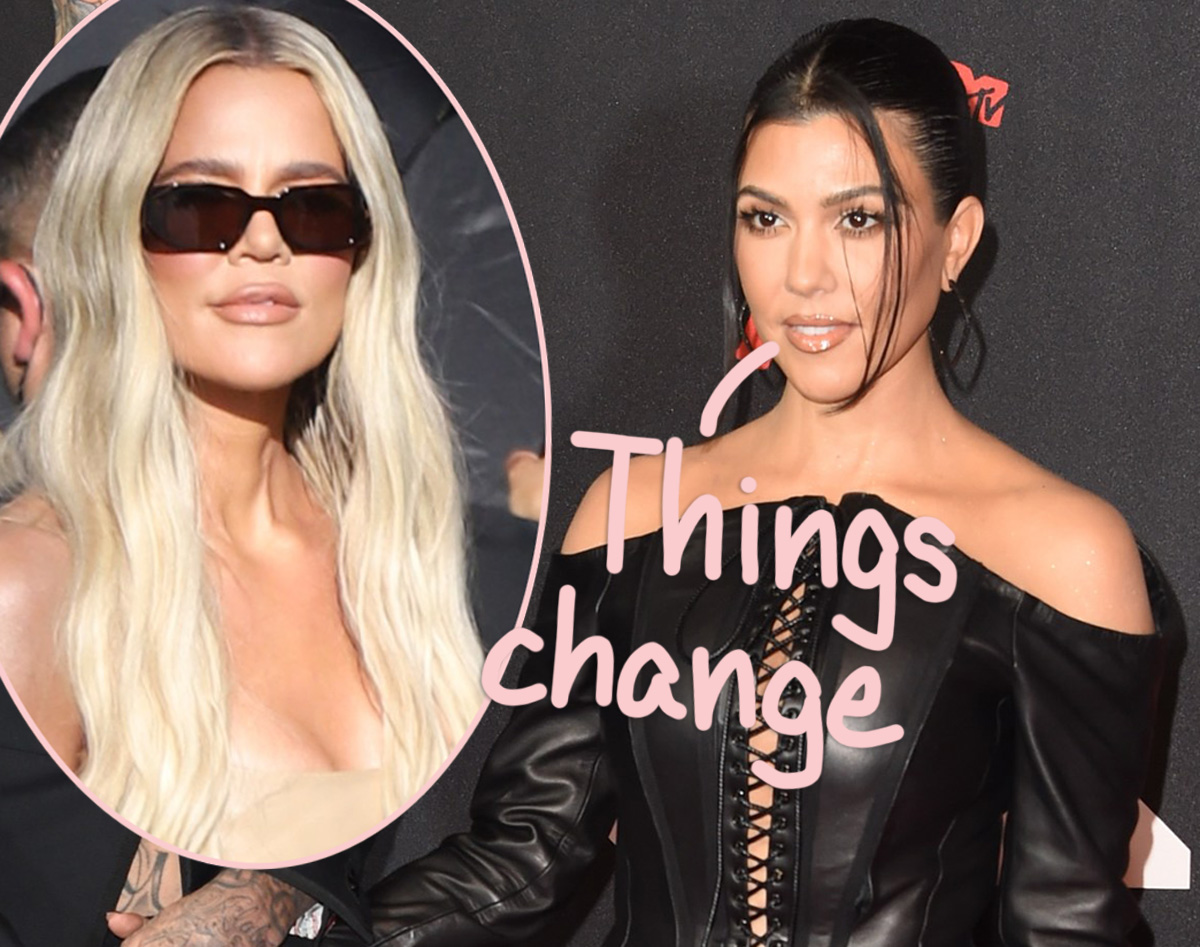 Things just aren’t the same for Kourtney Kardashian and her little sister Khloé. Viewers who have watched Keeping Up with the Kardashians for years no doubt recall the tight-knit duo on that show’s cable TV run. The 43-year-old Poosh founder and her 38-year-old sister even enjoyed memorable spin-off shows together, like Kourtney and Khloé Take Miami, and Kourtney and Khloé Take the Hamptons. However, in the fam’s transition to Hulu with new episodes of The Kardashians, there’s been a more noticeable distance between Kourt and her younger sibling. And now, the interior design aficionado is opening up about what’s behind it!! Related: Kourtney Claps Back At Pregnancy Speculation While Posing In Lingerie Kourtney popped up on the Not Skinny But Not Fat podcast this week to talk about her famous family for an episode which dropped on Tuesday. The mom of three explained to host Amanda Hirsch that she and the Good American founder have come to different places in their lives: “I think just life isn’t the same. I think I’m in a different place.” Hirsch asked Kourt if she felt like Khloé was much closer to middle sister Kim Kardashian these days — and Scott Disick‘s ex answered in the affirmative. Explaining that Khlo-money now has more in common with Kim after having daughter True Thompson a few years ago, Kourtney said: “I think that when Khloe was pregnant with True, and Kim had a surrogate, they really bonded. They were going through the same things.” Interesting! There is also some tension there, though. For one, the Lemme founder recalled how she felt it unfair to have Kim and Khloé gang up on her during the end of the KUWTK run. As Perezcious readers will recall, Kourt often took a lot of heat from her two sisters for pushing back against the family’s aggressive filming schedule. Kourtney and Kim even came to blows over it!! The eldest sister explained that situation on the new podcast: “I was [also] unhappy with the show, partially because of them, too, kind of ganging up [on me]. Almost everything that Khloé and I had done to Kim, they were kind of flipping it on me. I think I also started therapy at the time and then became more self-aware and just, I don’t know … I felt really sensitive and I was used to being such a bitch for so many years.” She also said the fam’s weekly filming schedule at the time was excessive. Thus, her refusal to go forward with that helped drive a wedge between her and her two younger sisters. Kourtney acknowledged: “We were filming five days a week and we just don’t need to. This can be done and still do the things that feed my soul like being a mom, taking my kids to school, working out. Doing it five days a week… it wasn’t also fulfilling me. It wasn’t making me happy.” Related: Scott Disick ‘Excommunicated’ By KarJenners Since Kourtney & Travis’ Wedding??! Age plays a part here, too. All the KarJenner sisters are getting older — and they all have their own lives to live. Kim is studying to become a lawyer, Khloé is dealing with all of Tristan Thompson‘s upheavals, and Kourt has her own new life with Travis Barker. Still, the first-born Kardashian daughter wanted to make it clear she’s on good terms with her little sister. Kourtney explained how she still has a tight connection with Khloé right now: “I feel like it was an intense time, but I feel like Khloé and I are good. I spoke to her like the whole time she was in Milan. We were, you know, FaceTiming when I was on the way to school… we’re good.” Well that’s sweet! What do y’all make of this frank discussion on the sisters’ rift, though, Perezcious readers?? Sound OFF with your takes down in the comments (below)… [Image via MEGA/WENN/Avalon] The post Kourtney Kardashian Gets Real About The Rift In Her Relationship With Little Sis Khloé Kardashian! appeared first on Perez Hilton.