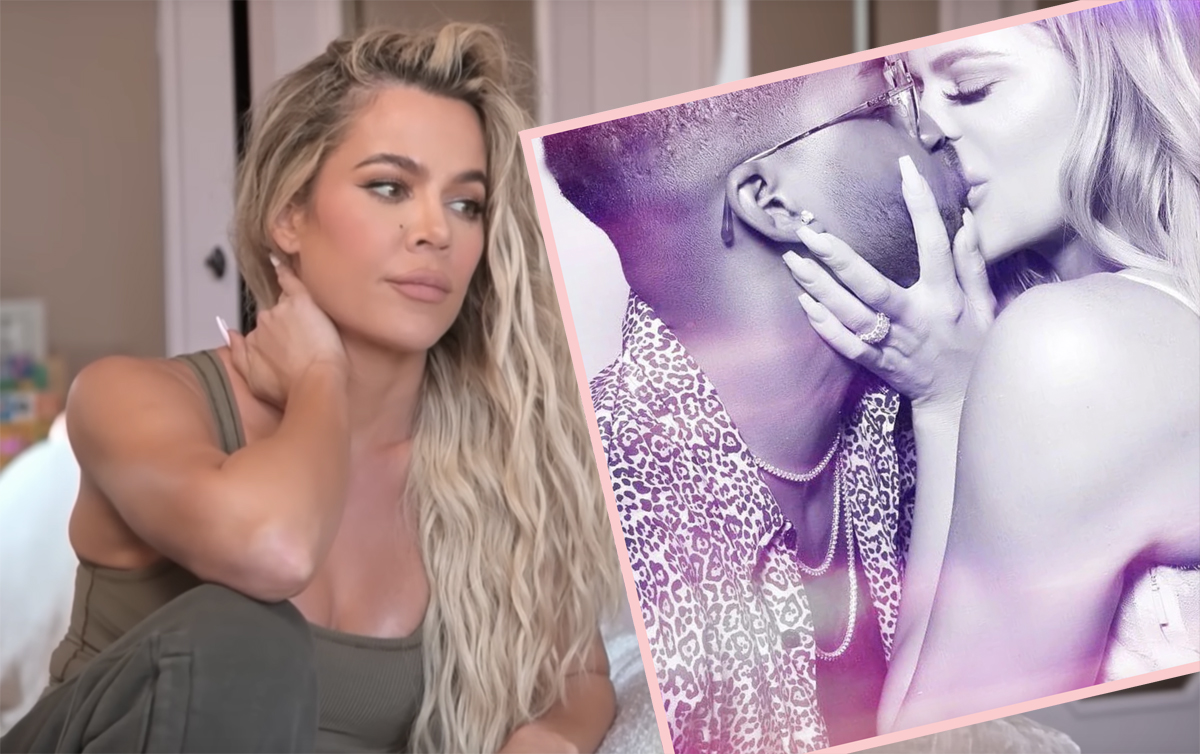 There was so much speculation during Khloé Kardashian and Tristan Thompson‘s relationship that they had gotten engaged. Heck, that monster of a diamond ring she showed off on Instagram alone had tongues wagging about it for weeks. And of course we later learned the basketball star was at least telling some folks he had put a ring on it. Unfortunately, those folks were women he was also sleeping with. But it wasn’t until this week that we got some strong corroboration that the couple really had gotten engaged. Multiple outlets spoke to sources on Thursday who were finally willing to confirm that while Khloé turned down one of Tristan’s proposals as she said on The Kardashians, she did eventually give in a couple months later. According to these reports they were betrothed for almost all of 2021, from February until December, when the news broke that Tristan had not only cheated, but sired another child with a woman named Maralee Nichols. Related: Marjorie Taylor Greene Allegedly Cheated On Husband Before Surprise Divorce Filing! Knowing Khloé had forgiven her baby daddy so fully, that she trusted him enough to agree to marry him, that she truly believed he was redeemed and done cheating on her… man, it just makes this betrayal so much worse, doesn’t it? Even if it was the umpteenth time he cheated, it makes a kind of sense now that it was the last straw for the reality star. So the question is, where do Khloé and Tristan stand with one another today, nine months after Tristan’s transgression was revealed? Well, the answer is basically nowhere. They have ZERO relationship, according to a source spilling to E! News on Friday. The insider said: “They are currently not on speaking terms.” Daaaaamn. Even after all these months. We guess this is good news for anyone worried Khloé would backslide into the toxic pattern with the Chicago Bulls center — after all, she took him back after multiple cheating scandals in the past. Worry no more as she is definitely 100% done with him for good, says the source. Of course, they do share not just 4-year-old daughter True Thompson, but also a new son they welcomed via surrogate — set in motion before the paternity suit dropped. Don’t they have to have at least a co-parenting relationship? Well sure, the insider notes, there’s an exception when they’re “coordinating for the kids.” But that’s it. And that sounds like it’s all business — no room for any of the player’s devilish silver tongue to change Khloé’s mind. Are YOU happy to hear Khlo is finally free of her Tristan addiction? Or sad these two didn’t end up together?? Let us know all your thoughts, Perezcious relationship experts! [Image via Hulu/YouTube/Khloe Kardashian/Instagram.] The post Khloé Kardashian & Tristan Thompson Went From Engaged To Not Being 'On Speaking Terms' appeared first on Perez Hilton.